There's this podcast I listen to on occasion called Stuff You Should Know. I like it. Two nerdy guys (ok, but totally nerdy in a kinda hot way) explain concepts and activities that on the surface may seen kinda off or boring but usually turn out to be pretty interesting. What got me hooked was the one about ticks. What got me really hooked was the one about biospeleology. Who knew that I'd find the one about cave biology interesting?
Anyhow, sometimes they go off on little tangents talking about topics only slightly related to the featured subject matter.  Once such tangent was about the term Cuppa Joe. Doing some half-ass research I found that the term cuppa joe has a few supposed origins. The one that popped up the most was that the secretary of the navy during WW1 named Josephus Daniels banned alcohol on navy ships. The sailors started calling their coffee a cuppa joe as a result.
That's not the explanation I got from the SYSK guys, and I like their version better so that's the one I'm going to say is true, simply because I like it better. Brittish drink tea. Americans drink coffee. Brits in WW2 started calling coffee "joe" after GI Joe. Cuppa Joe. Of course the SYSK guys explained it better, more colorfully and with a few more words than me, but you get the idea.

My doctor gave me a list of things that I can and can't eat now that I'm eating and drinking for two. In my opinion there are some smart things on the list as well of some stupid things, but that's another blog post for another time. This one's about coffee.

According to the medical practice I go to, I'm allowed to have up to 200 mg of caffeine a day. I started thinking about my caffeine consumption. Some days it's more, some days it's less, but in a nutshell, the below describes my coffee drinking habits.

My pre-pregnancy coffee drinking habit
If Hubby or The Girl make coffee before I get out of bed I'll pour myself a cup, take a big gulp, leave my cup on the counter or coffee table, get ready for work, realize I poured myself a cup of coffee, go get it, find it cold, thus undrinkable, give it a warm up, take a gulp, put it down and forget about it until I get home and see my almost full cup and I think "oh, I forgot about my coffee."
If Hubby or The Girl do not make coffee, I go to the little bakery across the street from my muni stop and get an 8oz cup of the worst brown water I've ever had, thinking it'll get me through until I get some real coffee in me. I take a few sips then pour out the rest when the train comes.
Whether I have coffee at home or before I get on the train, I make myself a cup when I get to work. I have a few sips, then get to working. I forget about my coffee, it gets cold and I throw it away.
In the afternoon I make myself a cuppa tea, usually darjeeling. I set it on my desk. I let it seep too long and I have to pour it out, or I steep it just the right amount, drink half, then forget about it, it gets cold and I dump it.
All in all, I think I get about 1/2 cup, if that, of coffee in me a day.

I think my pre-pregnancy coffee drinking habit is just fine and I don't need to make any changes.
Brought to you by Andrea No comments: Links to this post

The Slumber Party - A Dream

They say that when you're pregnant you have some interesting dreams. Here's one I had this morning. 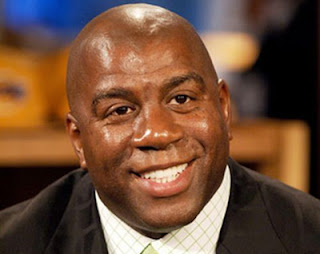 I went to The Girl's friend's house to pick her up from a slumber party. When I arrived, her friend's house was totally trashed by the kids at the party. I started helping out by cleaning the room where The Girl had slept. While cleaning up her stuff I saw my $11. I went into the living room to talk to someone for a minute, then when I went back into the room where The Girl had slept, her stuff was all cleaned up and my $11 was gone. I went into the kitchen. I saw my $11 on a shelf. I picked it up and put it in my pocket. Someone saw me do it and thought I was stealing, so I put it back. Then The Girl's friend's dad starting yelling at his two Brazillian sons to get into the kitchen and help. They set a little mini factory in the kitchen and started making fudge, all kinds, even savory fudge like sun-dried tomato fudge. Then Magic Johnson came up to me and told me that being pregnant has really messed up my skin, then I noticed I had broken out with a fresh garden of acne all over my face.
Brought to you by Andrea No comments: Links to this post

I only posted one time in March? Gee whizzers.