Dream the other night 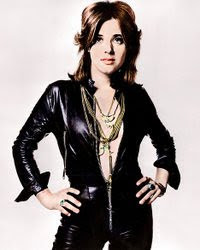 The other night I had a dream that we were moving into a new house. The road between our current house and the new house was curvy and windy with redwoods on both sides of the street. There were mailboxes along the street and you could catch glimpses of houses off the road.

Our new house was a three bedroom house but for some reason we could never find the 3rd bedroom. We did happen upon a really big room just off the kitchen. It had 4 walls, a nice floor and bunkbeds lining the walls, with 6 beds on each side. The room had no ceiling, just some trees for shade. I thought it was silly to call this room the 3rd bedroom because it didn't have any ceiling but everyone sleeping in the room thought it was a great room.

I was driving back to the old house through the windy road. There were some kids playing a game. They would put on some flip flops, wrap towels around their feet and step into buckets of milk, get all the milk absorbed into the towels. Then they would run across the street with their feet wrapped up with milky towels, unwrap the towels and squeeze the milk into a waiting glass on the other side of the street. There was a lot of talk about the variables surrounding the person's weight, the type of towel used for soaking, the kind of milk used (non-fat vs whole raw milk), the condition of the road, etc.

When I got home the guy who plays Tom from The Secret Life of the American Teenager was sitting in front of the TV playing video games and eating a lot of candy. In my dream his real name was Frank. I made some finger guns at him like Leather Tuscadero and said "Hey, it's F to the rank". He laughed and laughed.
Brought to you by Andrea