Yesterday I ran in the Turkey Trot at Golden Gate Park and let me tell you, I kicked that Turkey in the ass. I know I kicked it in the ass, because I came in last. So last that the Turkey was packing up its gear and walking away from me. The Turkey's ass was the only thing I could kick. OK it wasn't that bad, but almost. I'm certain I came in last place. I know I ran 5 miles, because my GPS on my phone said I did, but by the time I got to the end, the local high-schooleres turned route support had all but gone away, the markers to the finish line were trampled over, any discernible finish line had been removed and  the award ceremony was over. All I could do was grab a bottle of water before it got put away by tired race support who were ready to go home.
When I got back to the car I felt defeated and had to sit in the car and talk myself out of my funk of coming in last.
Here's what I came up with:
One year ago I was unable to run even one mile without stopping, now I can run 6. I'm far from the fastest, but I can do it.
Six months ago walkers passed me as I was running, once in a while, towards the end of my run, walkers still pass me, but a lot fewer than when I first started
Overall I'm stronger than I was a year ago.
Next year I'll be in the top half of the bottom third, I know it.

The event itself has a great atmosphere. People were dressed up like pilgrims, indians, turkeys, beer. It was also super muddy as it had rained a lot the night before. Here are some pics from the event. 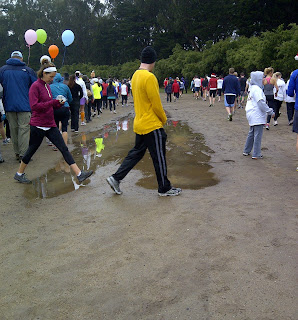 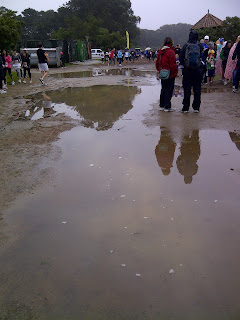 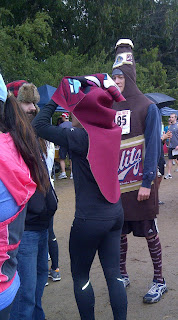 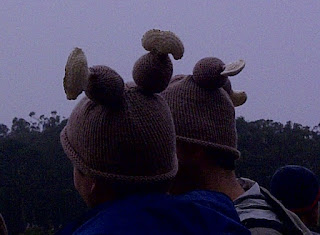 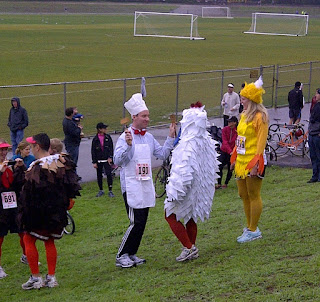