Pua Bean Has a Job 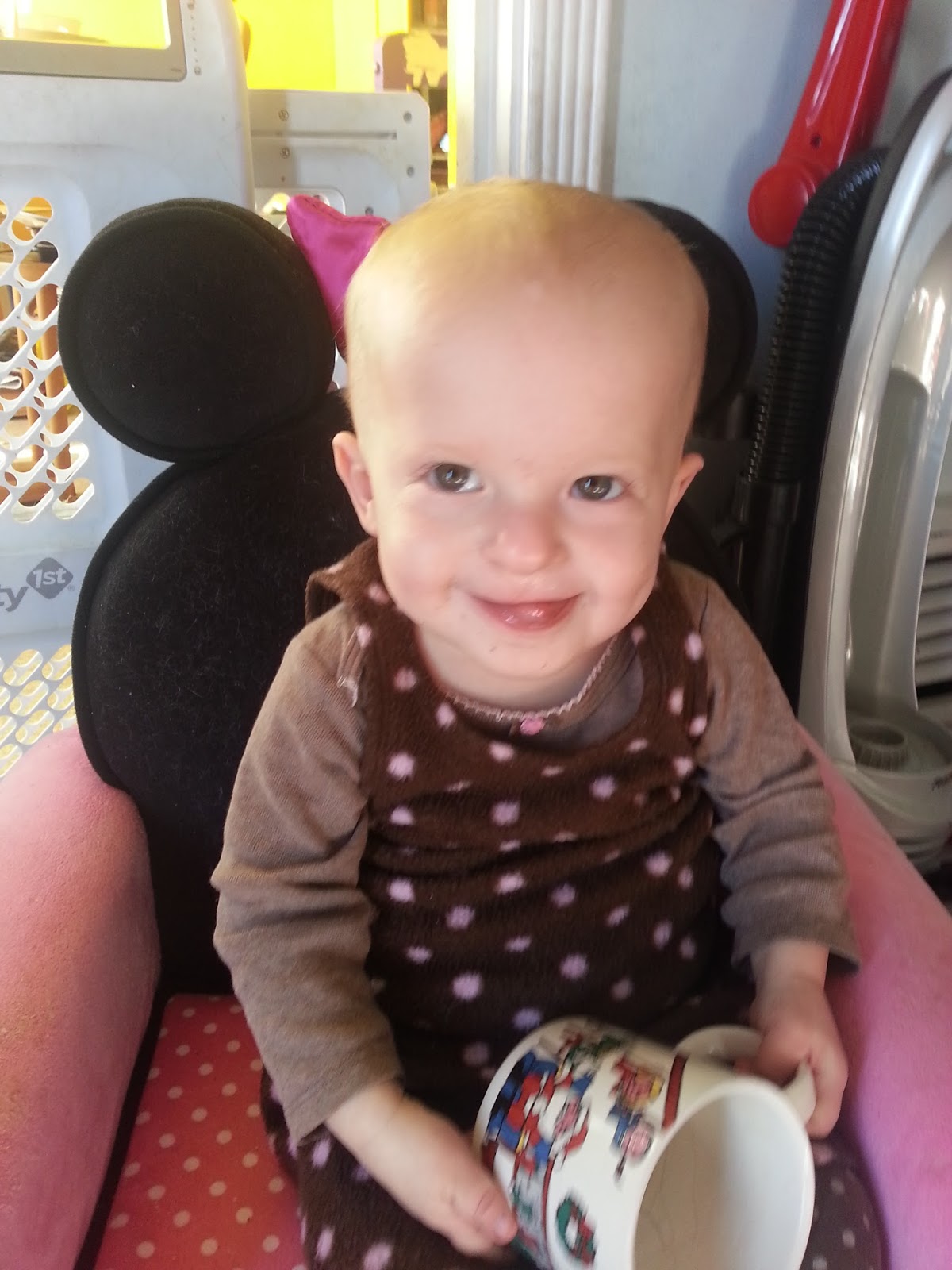 Her first job was pretty entry level. She would take items out of open bags out of the back of her stroller. Clearing out laundry baskets was her favorite part of her job. Coming in a close second is taking every single wipe out its container then finding just the right one to go rub the windowsill.
Then she got promoted when she learned how to open the kitchen cabinets. Her new job was to clear out all the pots and pans whenever she noticed the doors were shut and the pots and pans were inside.
Building onto her responsibilities at her job she moved to purses. It was her job to make sure all pens had their caps removed and all credit cards, business cards and paper money were strewn across the floor (I think she got a bonus for every time a credit card was found in another room or under the couch.)
To hone her craft she started moonlighting and attending training seminars where she would investigate the strollers and purses of people at the playground.
During all her training she mastered another skill, zippers! Thus adding of skill to her resume. Much to her happiness and career aspirations she's discovered that backpacks are no longer off her list of items she can empty out and ruin.
Her goals for the next 6 months are simple, and if she works hard I think she can achieve them. She plans to work on opening drawers. Her method of screaming while tugging on the handles is producing a little bit of success but she still needs to work on her technique. After that she will work on opening the refrigerator to extract her favorite snack, cheese.

She's hoping to make management by her 2nd birthday.

We were able to load up on the staples we needed like milk, cheese, bananas, apples, but it was definitely not a one-stop shop. It was however cheap enough and convenient enough to go make it a regular stop in filling our fridge.

When we were at the check-out line I heard on the overhead something about check stand 3 (the one where we were) had won some prize of the day. We won? Yay! What did we win?

A moment later someone came over and handed us a bag filled with all kinds of treats and goodies that we no longer eat; Graham Cracker Sandwiches, Nilla Wafers, Chex Mix, Red Vines. When Hubby and I saw the 'nilla wafers we instantly thought the same thing; POT OF COFFEE AND BOX OF 'NILLA WAFERS.

The next morning we totally cheated and had said 'nilla wafers and pot of coffee. What I noticed, however, is that I could only eat a big handful of the cookies. A year ago I would have hidden in the closet with the box and eaten it all. It was just too sweet for me this time around.

Then for lunch I opened the bag of chex mix and found that I only wanted to eat my favorite bits from the bag, that the whole bag did nothing for me anymore. Happy and sad at the same time.

Overall I'm happy I don't want the foods I used to eat on a regular basis, and used to make meals out of. Overall I'm happy that I've taught my kids that vegetables aren't gross and I don't have to disguise them to get them to eat them. I'm happy that they crave food that's good for them. Don't get me wrong. They were just as stoked to pounce on the Graham Cracker sandwiches, 'nilla wafers and chex mix, but they don't miss it when it's not around, and that's progress.
Brought to you by Andrea No comments: Links to this post