Dream #1
I was wearing nothing but a towel that didn't quite fit all the way around me. I hopped in the elevator at my work and planned to get off on the floor I don't work on because there was a closet there with lot's of clothes. The elevator didn't stop on the floor I wanted. Then the elevator turned into a subway. There was a woman standing next to me who works in my office. She had a bag filled with clothes that had the logo of the brand she takes care of at work. She was looking for my size, found it, then as I was putting the shirt on her stop came up and she got off the train. She had forgotten her bags of clothes and her cell phone. She called me on her cell and I answered it. I told her I would bring everything she left behind to work with me on Monday and leave it at her desk.

Dream #2
Then I found myself at the airport. I saw Andrew Zimmern. I went up to him and asked him where the best places to eat were at O'Hare airport. We walked around the airport and he showed me his favorite places.
Brought to you by Andrea No comments:

A Snuggle with Jack White - a dream 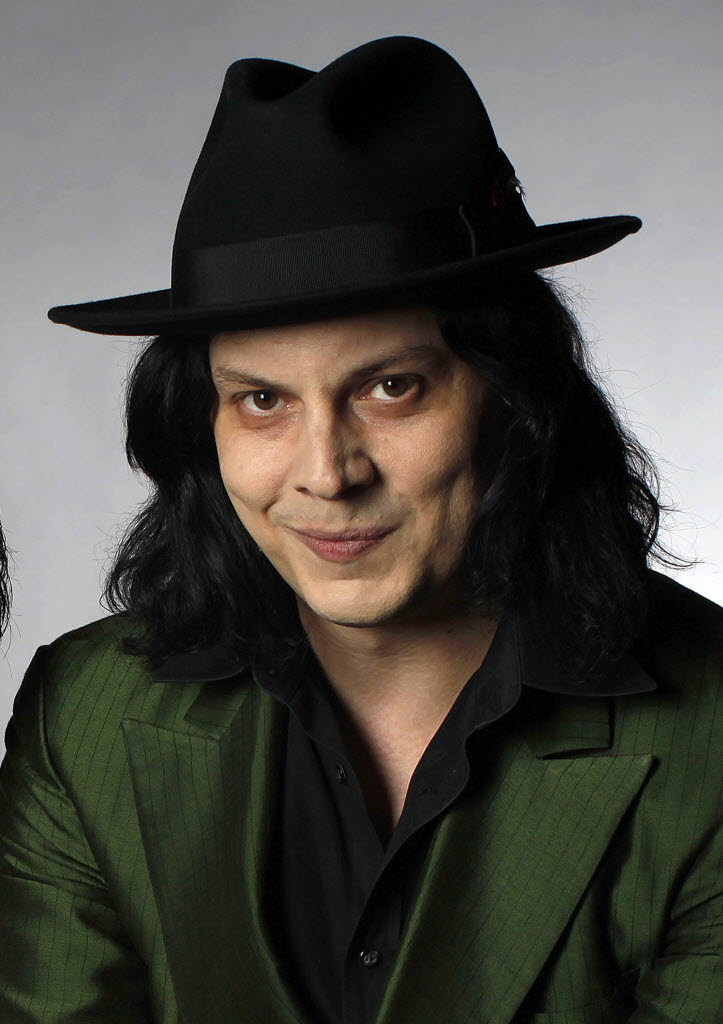 My friend E and I were hanging out in front of my house talking about what we could make with pumpkin pie filling. We didn't want to make a pie. Pie is so pedestrian. We decided we were going to make pumpkin pasties. Pasties are here and now, baby.

We went back to her house in SF. She and her family had just moved back here. When we got to her house, E's hubby and kid were sitting on the front porch waiting for us. There was a party going on inside. We went inside and while we were gathering the ingredients, a poetry reading started. E's hubby was mad because he didn't want to start the poetry reading until 7:30 but it started early.

After gathering my ingredients I had to go pee. Someone was standing outside the bathroom and told me I couldn't go in because Jack White was inside crying. I had to pee so I opened the door, told him I had to pee and could he please leave for a moment. He nodded, but instead of leaving, he went inside the shower and shut the shower door. He wasn't going to leave the bathroom, but he would let me pee in peace. While I was peeing he came out of the shower, crying and told me that the poetry reading had stirred up some memories and feelings that made him sad.  We spoon-snuggled until he felt better.

Hear me out on this one. I may not be as far off my rocker as you think I am.

My mom told me a story once about her dad's uncle (whose last name was Suhr) got fed up with living in the plains states and went west. My mom says she thinks she may have heard something about her great uncle falling for a Catholic girl, something good Lutherans from the middle of America didn't do at that time. Not sure if that's why he left or not. Neither is she but she thinks it might be. It could be that he was sick of the life he was leading and wanted to seek his fortune elsewhere.

Anyhow, they never heard from him again as long as I know.

Flash forward to about 10 years ago. My mom was visiting me in SF. She saw Chief Suhr on TV (except he wasn't Chief yet) being interviewed about something or another on the local news. She saw the Chief, thought he looked familiar. It's then she told me the story about her long lost great-uncle.

I called the Chief (except he wasn't chief yet) the next day and told him that my mom thought we were related. He sort of thought I was a nut case, but then I told him the story. He was either really good at humoring me or he thought my story was interesting because he was nice to me and listened to me talk, and even asked a few follow-up questions.

I don't remember how the conversation ended. The conversation never went any further than my one phone call to him. It still would be interesting to know if we're related.

Now, here's my proof, not that we're related, but that we could be related. 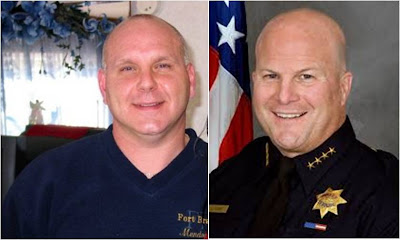 On the right is Chief Suhr. On the left is my cousin, my mom's brother's son.

Baked Macaroni - So Terribly Out of Practice

I used to make macaroni and cheese a lot. It was one of my go-to standard meals and I would make a few times a month.

(side note - Once The Girl spent the night at her friend's house. When she came home she told me that her friend's mom had made THE BEST mac/chz and would I please get the recipe. I called up the mom and she laughed and laughed. It turns out it was Annie's brand.)

The Girl and The Boy were so super excited that we were going to actually have pasta in the house and they were going to get to eat it.

Man-o-man-o-Manischewitz am I out of practice.

Although I'm pretty sure the recipients of my baked macaroni got a good batch, I bought way way less pasta than I thought I needed and made way way way more cheese sauce than I needed. This resulted in the Kiddies not getting any, and the recipients of my creation wouldn't get as much as I wanted them to have.

It started out fine. The onions and garlic were sweating nicely. The secret ingredients were doing what they were supposed to be doing. When it came time to make the roux, the flour cooked nicely and nothing burned or stuck to the bottom of the pan. Trouble came when I added the milk. At first I didn't add enough. Then I added too much. Then it didn't get thick enough so I had to add some flour.

Because of this accidental augmentation of the bechamel I underestimated the amount of cheese I should use. I had a giant block of Tillamook extra sharp Cheddar as well as some Parmesan. I had to dig into our regular stash of cheese to make the cheese sauce cheesy enough. I was able to make a 9x13 pan of the baked macaroni but the kiddies didn't get any.

Even though we don't cook pasta at home anymore, I'm not heartless. I promised the Kiddies they would get some mac/cheese goodness and they will. I've got a pot of pasta shells boiling right now, and not the whole wheat kind.

I guess it's a good thing I have become out of practice of making delicious but unhealthy foods. It means I'm getting better at feeding my family the foods we should be eating.


Brought to you by Andrea No comments: