She asked me if I'd ever felt an earthquake. Of course I have. I've lived in California all my life.

I was in my bathroom. I was running late, of course. 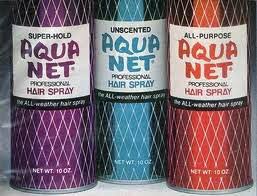 ﻿
It was my birthday so I made sure that I looked extra special in my blue eye shadow and jet black eye liner. I also had to make sure that I had enough mousse and gel to get the sides of my hair feathered and poofy at just the right height. I was drying my hair; hair dryer in one hand, giant can of aquanet in the other.

I heard the front door of the house open and my friend call my name. She was picking me up to drive me to school. A combination of her startling me and me running late caused me to drop my aquanet and hair dryer. I bent down to pick them up and CRASH! I hit my forehead on the doorknob to the bathroom. (Picture Sylvester the Cat with little Tweetie Pies flying in circles around his head after getting hit with a frying pan.)

A few minutes after I got to my first class the fire alarm sounded. We all marched out to the fields and hung out. I had no idea why. I asked someone. They told me it was because the fire department had to check the buildings. I asked why. I kept getting puzzling looks. I guess they all assumed I had felt the earthquake. Finally someone told me we had just had an earthquake, a big one. It all made sense.

About this time I noticed my head was a bit poundy feeling. I touched my head and it felt a little puffy. I grabbed my covergirl compact and looked at my forehead. I had a big welt on it; a big welt in the shape of a doorknob. I got a giant doorknob shaped goose egg on my forehead from when I hit my head on the door.

Confession - I was so embarassed about how I had gotten the bump on my forehead that for the rest of the day I told everyone I fell when the earthquake hit.
Brought to you by Andrea 1 comment:

Email ThisBlogThis!Share to TwitterShare to FacebookShare to Pinterest
Labels: confession

There's No Majesty in Cute - A Dream 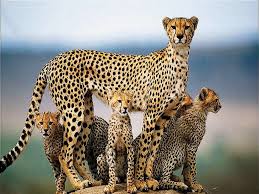 The other night The Boy was having a hard time sleeping. He and I hung out on the couch after everyone had gone to bed. We ended up falling asleep on the couch for the night.