Jim Henson's company created a Muppet modeled after my mom. At first I thought it was a great idea. Who wouldn't want to be immortalized in Muppet form? I was actually quite jealous of her. I would like a Muppet made in my image more than I would like myself in action figure form. But then I got really mad at the Jim Henson company because they didn't make my Muppet-Mom with enough integrity and I thought that was just wrong.

*note - I put a label as "celebrity dream" and not just "dream." Although no celebrity actually appeared in this dream, I think just because the dream references one of celebrity's royalty, I needed to add that particular label.

Late - Not Always a Bad Thing

I ran a little bit late this morning.

My alarm went off at the time I should have woken up, but I pressed snooze twice as many times as I normally plan to. I kept trying to rationalize the consequences of pressing snooze one more time.

I ended up leaving the house about 45 minutes later than I had planned to the night before, but still 45 minutes earlier than I normally leave the house. (And I did it all without waking up the baby, which is what I normally do when I have to get out of the house quickly.)

Anyhow, back up about 30 minutes.

I was standing in line to catch the company shuttle that picks me up at the Muni station. A woman I didn't know was standing in front of me. A passer-by stopped in her tracks, turned to the woman, smiled and gave her a great big hug; two friends who hadn't seen each other in a long time having a chance meeting on the street. The woman who was walking by said that she was running super late so she couldn't stay and chat but she was very happy to see her. She walked away. The woman standing in front of me was left standing there smiling. I said to her "Totally worth being late today. She got to see a friend and now she'll have a great day because of it." The woman looked at me and smiled, then we had a pleasant conversation about the weather until the shuttle came.

I guess it was nice that I was running a bit behind as well as I got to have a nice pleasant conversation with a stranger.
Brought to you by Andrea No comments: Links to this post 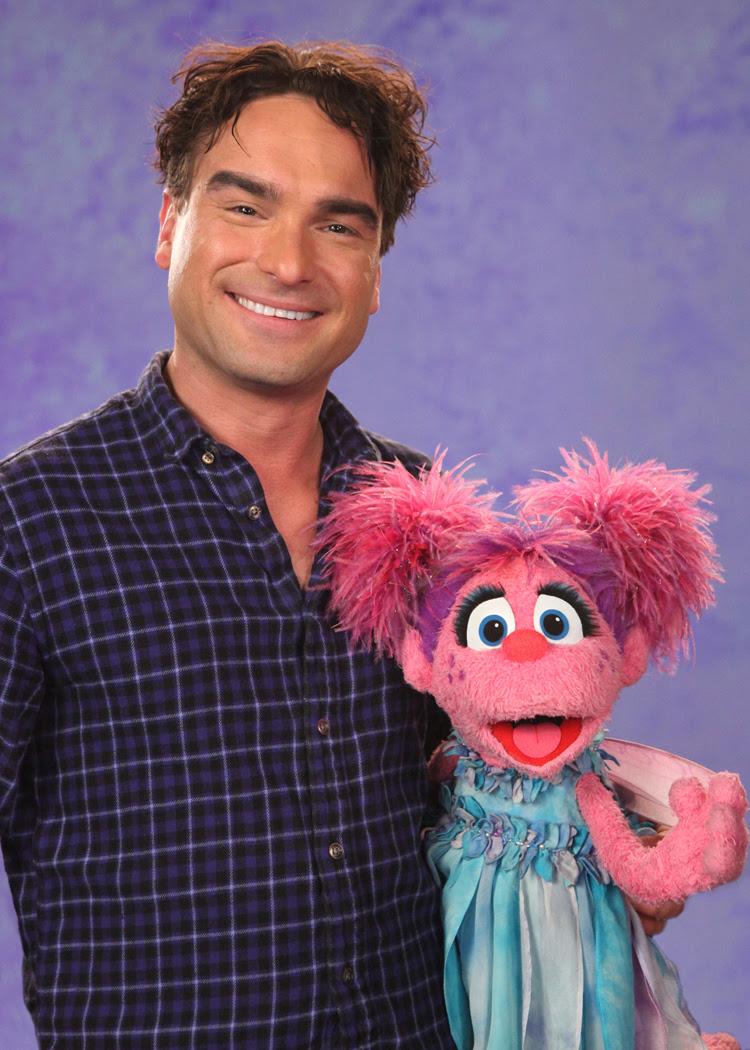 Johnny Galecki was my boyfriend. Was. We broke up. We still hung out in the same social circles, though.
Then I started dating my communications teacher from the community college I went to when I was 19.
Johnny Galecki got all mad that I was dating my old communications teacher and started revenge-dating some yucky girl who made mean tropical drinks.
Brought to you by Andrea No comments: Links to this post

Fragments of a few dreams.

I haven't been able to  remember whole dreams lately, but I have had some pretty great dream fragments. I miss having long dreams with some sort of real plot. I wonder how to get them back. I haven't really made any dramatic changes in my nighttime routines that I think would change my dreaming. Maybe I need to work on ways to remember my dreams better. I'll have to research it further.

Bean and I were walking through a parking lot and we came across Arnold Schwarzenegger. Bean waved at California's former governor and said, clear as day, "Happy Birthday."  I was proud of her for enunciating so clearly. I was bummed that it was just her and me. I wanted her dad to hear her say "Happy Birthday." Then when we found hubby, she wouldn't say it.

Then we were walking down a well manicured pathway. I saw a rabbit. It was brown and was over a foot tall when it was sitting on its hind legs. I was holding Bean. I said "Look  Beanie, there's a rabbit." The \rabbit bared its fangs and ran towards me. I had a big fight with the rabbit. Then the rabbit turned into Peter Dinklage except he had blond hair and we fought some more. The fight ended with me standing on the rabbit's neck. Then I found myself back at the Whole Foods I used to work at and I was the team leader for both the bakery and the deli. I didn't want the job. All I wanted was to find a cup of coffee, but I couldn't get one anywhere.

I wanted to create my own clothing line; specifically men's pants. I called the line of pants "Fairbrook Street."

Having no experience with making pants I called my friend. She once helped me make a pair of shorts out of Cookie Monster fur as a present for Hubby when we were still dating. She had recently moved to Washington DC, but in my dream it took the same time to travel to my home from DC as it does from El Sobrante. d

We found just the right model to wear the pants and hired him.

One night about 1 am we decided to go to a locally-owned neighborhood Java house near me. When we got there it was closed, but right next door was a Doggie Diner. We went inside and got some coffee.

While we were drinking our coffee we saw the owner of the locally owned Java house making rolls. We saw him take a huge batch of just-risen dough out of the big hobart bowl, put it on the table, then give it a big giant bear hug before he portioned the dough out into just the right size for his rolls.

We finished our coffee then left. I forgot my jacket and my shoes at the Diner and had to go back to get them.

Then Bean and I were walking through a parking lot. We were on the 2nd level but our car was on the 8th level. I had tons to carry plus I didn't think Bean could walk up all those flights of stairs to get to the 8th level. We couldn't take the elevator because elevators don't work in my dreams. Bean kept running away from me for fun. Just when I grabbed out for her, she slipped through my fingers and turned into a pigeon and flew up into the rafters of the parking lot. We contained her in a cardboard box, then she flew out.
Brought to you by Andrea 1 comment: Links to this post