I had a dream about Paul Rodriguez last night. When I mentioned it to hubby he said "that's enough, I don't need to hear any more." I tried to tell him it wasn't that kind of dream, but he didn't want to hear about it. I told him anyways. He turned up the volume on the TV but I kept talking. The TV has a finite volume. I don't. 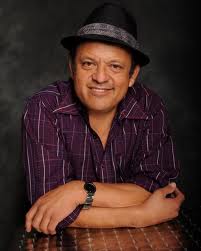 We were in San Francisco but the location was sort of like a cross between The Embarcadero around where Red's Java House is and the parking lot at Palo Verde and Stearns in Long Beach, but not how it looks now. It looked more like when the old Taco Bell was there and before Tom's Liquor was razed. I was walking with this woman who used to work in my office. Don't know why she was in my dream. We never really talked to each other. Our departments hardly ever crossed paths. We were friendly to each other, but didn't hang out or anything. Anyways, this woman and I were walking through the weird parking lot and I spotted Paul Rodriquez. I said "Hey, you're Paul Rodriquez, what are you doing here." He said "Yes, I am. I'm making a commercial for El Faro." Then he walked over to a group of men and started talking to them. As he was walking over I yelled "Dude, you should do a commercial for Gordo's. They make way better burritos. Hey, can I get a picture?" Then he totally ignored me. He was talking to the El Faro ad guys and didn't want to talk to me because he thought I was dissing El Faro, which I wasn't. I just like Gordo's better.