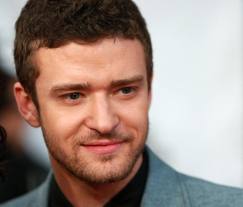 Anyhow - I was at some function that was filled with work people plus a few people from hula class and lots of strangers that in my dream I knew but I can't remember now. I was talking to this girl and told her that I needed to get a hold of "Jason." Jason was actually Justin Timberlake, but he kept switching back and forth from being Justin Timberlake and Justin Taylor Thomas from that Tool Time Show that was on a long time ago.  Justin liked to be called Jason on his off time. I told her that J and I were seeing each other, kinda dating. We went back to this dorm-type room and did a few shots of tequila together. Once I took the 2nd shot I felt bad about it. I'm almost 7 months pregnant. I should have only done one shot, not had two. I told the girl from work that I thought it was necessary to drunk dial Justin Timberlake. Trouble was, the only way we communicated when not together was to DM each other on Twitter. I wanted to DM him, but the two shots of tequila was keeping me from figuring out how to do it. I went to go find The Hubby. I found him in the kitchen next door to where I was  staying, hiding behind the refrigerator, grinning from ear to ear and  eating 3/4 of a lemon meringue pie.