On the Risk of Paying for it Later 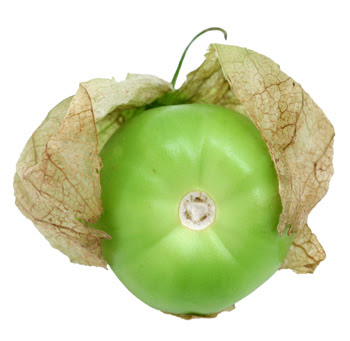 One of the many fun things pregnant women deal with during the later stages of pregnancy is heartburn. The growing baby inside of me, to make room for herself and all her things (fluid, placenta, cord, etc.) has to push my guts and organs either up or down. My stomach is now located, or it feels like it's located right at the base of throat. Most, if not all meals and snacks give me varying degrees of heartburn. I have tums stashed in every room in the house in case I need quick relief. I have to evaluate each meal before consuming it. What's the risk of heartburn with this meal? Is the heartburn I will get for this meal acceptable? Sometimes what constitutes "acceptable" is the degree of heartburn something will cause, but most of the time, like tonight, what constitutes acceptable is a combination of how much I'm craving the meal in front of me and how hungry I am.

A bunch of years ago I worked at an awful restaurant. OK, it was a good restaurant with an awful work environment. The place was owned by two men. One ran the front of the house, one ran the back. The staff at the front of the house had been there for quite some time. They were a loyal staff and most of them were happy. The staff at the back of the house didn't fare as well. After being hired at this place I learned that the position I was hired for was open because in one day, right before opening, seven members of the kitchen staff walked out. That should have been my first clue that I hadn't made the best career decision in taking a job there. When I finally did quit, I walked out in a super big huff, making a big scene. I got home in tears. When I told my boyfriend (known today as Hubby) that I had quit, he took me in his arms and said "Thank God, I hated that job."

As bad as the job was, I learned a lot about food preparation and fostered some rockin' knife skills. One of the dishes I had to make used tomatillos. At the time, I knew what tomatillos were, but I had never cooked with them before. I used to make a great soup there using pork and tomatillos. I don't remember the exact recipe, but I do remember the method used to make it. Over the years I've played with it and have come up with a yummy dinnertime tomatillo-laden treat.

Today I was craving some sort of manifestation of that dish. See, it's never the same thing twice, but that's OK. We're cooking, not baking.

I knew right away, at the very birth of this craving that I would have wicked heartburn. My craving was so strong and I enjoy this dinner so much, I decided the level of heartburn was acceptable. I would be paying for it later, but I would just have to tough it out. This dish is too yummy.

Sweat the tomatillos, other veggies and s/p together. Add a little bit of stock to the pot if it looks too dry.

While the veggies are sweating, get some pork in tiny bit sized pieces. I used stew meat. This dish does not call for yummy pork chops. It calls for stew meat or odd cuts of pork. There is no need to cut up your beautiful chops in to bite sized pieces for this dish. Go cheap. You need some connective tissue in this dish.
Coat the pork with some seasoned flour (for my GF friends, I've used rice flour for this instead of all purpose and it works great, but tonight I used AP flour). Fry up the pork in a single layer in a pan. When the fried up bits are a nice color, turn off heat and transfer contents to the sweating tomatillo pot. Add some white wine to the frying pan, turn the fire back on and get all the yummy fond off the bottom of the pan. When all the fond is removed and the wine is cooked, transfer it all to the sweating tomatillo pot. If you have more pork left to cook, repeat the deglazing process after each batch of pork frying. The white wine used here matters a bit. You don't want to use something you wouldn't normally drink and you don't want to use a super oaky chard. Oak will make the dish taste tinny. Tonight I used a mid-priced Reisling. It worked out pretty well. After all the ingredients are in the sweating pot, add some chicken stock (or veggie or whatever) until the ingredients are just covered. Cook the whole thing until all the ingredients are all happy together, the flour from the fond and the pork is cooked, the connective tissue has broken down and you have a nice yummy stew. Serve with tortillas, sliced radishes and sour cream (or crema or plain yogurt).

Super yummy. Tonight I made a big batch so I can freeze it and have handy comfort food at the ready for nights I don't feel like cooking after the baby comes.