Les Claypool and the Flying V and the Quest for Soup: A Dream 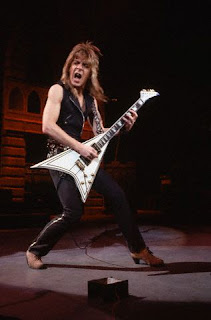 When I was about 18 I had this friend. His wife won a Flying V guitar on some radio contest. She was so excited to win it. I saw it. It was pretty. This was almost 30 years ago. I wonder what she did with it. I guess I'll never know. 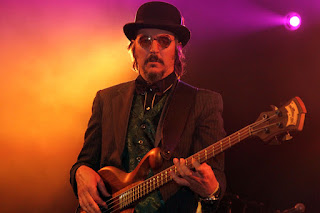 The Boyfriend and I plus a handful of our friends were at some kind of house together. Les Claypool was performing somewhere nearby. He happened by us and asked us if he could crash with us. Of course we said yes. Not wanting him to feel awkward and wanting to give him a sense of normalcy, we largely ignored him and let him do his thing. Mostly what he did was amble and putter about carrying a Flying V, just like Randy Rhodes' guitar and talk about how he wanted to eat soup, really good soup.