So we have a bunch of apples from my father-in-law's tree. I've been thinking for the last few days that I should make some apple sauce. The Boy likes applesauce. I thought it would be a nice treat for him. I thought I would make cranberry-apple sauce because I had a bag of cranberries and I thought it would be yummy. I shared my idea with The Boy. My idea was met with total disdain. Cranberries are yucky and stupid, he said. I made cranberry sauce anyways. I had to cook dinner still and wash some dishes. I didn't feel like peeling 20 baseball sized, oddly shaped apples. 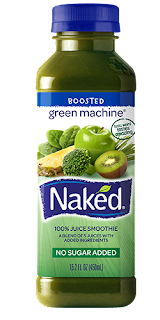 I started making the cranberry sauce then realized I didn't have any juice. I never drink juice. I rarely, if ever, have it in the house. Then I remembered I was feeling a little run down last week and bought some green juice to boost my immune system. Then I forgot about the juice and it sat in my fridge for a week. Hmmm, I thought. How would it work in the cranberry sauce?

In the future will I seek out Naked Juice - Green Machine for my cranberry juice's secret ingredient? Probably not, but it worked for this batch of cranberry sauce.

5 Cutie Tangerines peeled and sliced (you could supreme it but I didn't have the patience for it. Also I have a pretty good hang-nail going on and didn't want to get citrus juice in it. I hate it when hang nails sting.
1 bag of cranberries (the size you get at Trader Joe's, but I'm not all that brand-loyal so use whatever kind you like)
1 bottle of Naked Juice - Green Machine
1 Softball sized Golden Delicious Apple (The sauce looked like it needed either less liquid or more chunks so I added an apple)
Some kind of sweetener (I used honey)

Simmer in a heavy-bottom sauce pan until it all the fruit is broken down and it looks how cranberry sauce should look, but not the kind that slides out of the can.

My sauce this time around isn't super sweet. It would go very nicely with some pork or chicken, or turkey if you're into that sort of thing. Turkey is OK, but it's not a pork chop. Some kind of savory meat, maybe seasoned with rosemary and black pepper would be good with this cranberry sauce. I almost used truffle honey but thought that might be a bit much. Maybe next time.

Overall I was pretty pleased with my cranberry sauce prowess and innovative skills.

Email ThisBlogThis!Share to TwitterShare to FacebookShare to Pinterest
Labels: food, recipe, The Way We Eat