Hubby and I were hanging out at some park, but the park was paved, but that didn't seem to bother us and I only bring it up now because looking back, I think it was weird. I looked across the park and saw this guy, a just-out-of-highschool aged guy. Mixed race (black and some kind of white), dreadlocks down to his shoulders (like Whoopi but good), wearing a backwards pageboy hat. Super hip guy. He had a staff with him. He had found a really great Face in a Place. His staff was staging the scene, being careful not to disturb the Face he found in the Place so that his photo would be just perfect. I walked up to him and asked him if he was the Faces in Places guy. He said yes, and went back to work. He was really pleasant, but in the mood to take pictures and not talk to some fan. 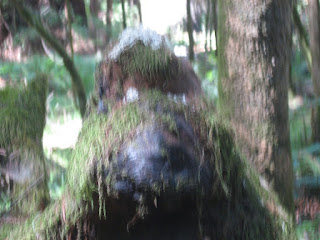 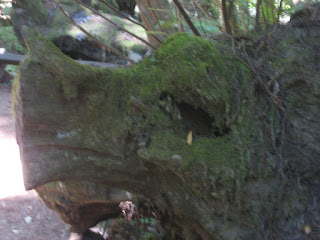