In Which I Watched the News and Talked About Tigger

NOTE- I found this blog post in my drafts file. Thought I'd clean it up and post it.

I had lived in San Francisco for about 6 weeks. I had just moved into a flat with 2 of my friends and a guy I'd met a few times but didn't really know very well, who would very shortly become my friend, and a friend I'd have to this day. Two of my roommates were in Long Beach for the weekend, the other was at work.

I was in my bedroom, unpacking, making my very first room in my very first new apartment my very own. I was a little worried because it was getting late and my roommates hadn't made it back from Long Beach yet.

I turned on my TV. It was the only TV in the house. My 3rd roommate hadn't quite moved all his stuff from his old apartment yet. He had the "good" tv. My TV was a 13" black and white TV where the volume liked to fluctuate at random.

I turned on the news, learned of the Oakland Hills Fire, and like it is with most disaster-type things on TV and me, I couldn't tear myself away. I knew Oakland was on the other side of the Bay Bridge, but I didn't know my geography well enough to know where the affected area was. I was really mad at the news for not showing a map of the area with a pinpoint of where the fire was.

When I was really engrossed in the TV, the doorbell rang. I ran downstairs and answered it. It was this guy I knew from Elementary school and Junior High. I recognized him right away. I had no idea why he was at my house. I had no idea he was friends with one of my new roommates. I don't even know if he knew I lived there. 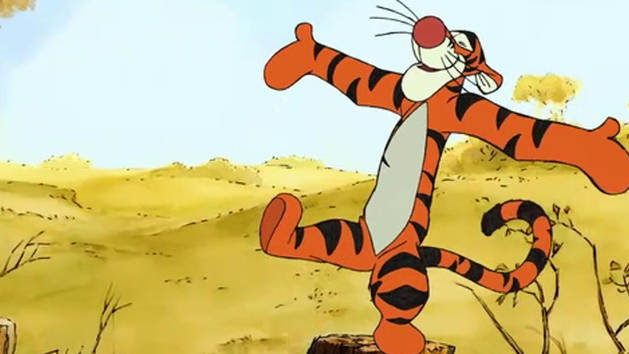 He hung out for a few hours, then left. He never saw our friend / my new roommate. And come to think of it, although I'm friends with this guy on Facebook, I don't think I've seen him since that day.

In summary:
My roommates got home later that night all safe and sound, totally oblivious to the fire that was happening.
I had a pretty pleasant afternoon setting up my first new home, watching the news, talking about Tigger and getting to know someone that I'd known since at least 2nd grade.

Email ThisBlogThis!Share to TwitterShare to FacebookShare to Pinterest
Labels: true yet pointless story