Crafting, and thinking something is 2/3 as cool as I think it is.

My daughter had a slumber party last night. Five girls, including her. Hubby had the good sense to take The Boy over to his parents' house and spent the night over there. I have to say the evening went smoothly. It wasn't like I had to entertain 5 first graders for 12 hours. These girls, being all 5th graders, were easy to manage.  We have a pretty small house. It was pretty easy making them think they were unsupervised while I was in the next room, but really, only about 15 feet away. When they were eating pizza and listening to music in the living room I was in the kitchen doing the same thing. When they moved to the kitchen to do a craft I got them all set up then I moved to the living room. When they got into their jammies, got into their sleeping bags and watched movies I hung out in the kitchen for a while then went into my room. In all honesty it wasn't hard and the girls, despite drinking 2 litres of soda through red vine straws, were on their best behavior.
I saw this website last week. It had neatest project. I'm glad the girls thought it was 2/3 as neat as I did. I bought some supplies for myself and will be making one later.
Here's what they made. 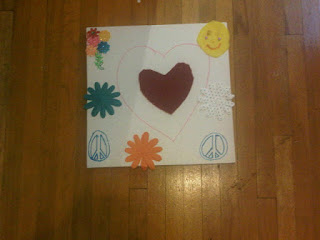 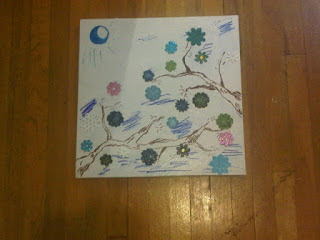 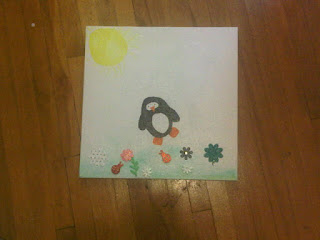 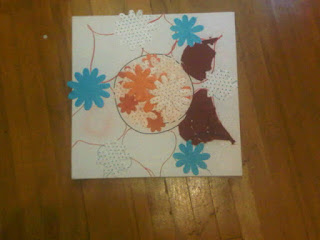 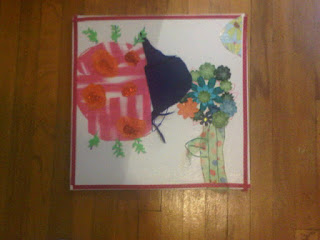 So a big Mahalo to the fine person behind http://justsomethingimade.blogspot.com, whoever you are. The girls had fun. Thanks for posting the tutorial.

A sweet note ended the party for me.
It deserves a little background - The Girl and I were having a talk about friends and friendship. I told her that as she grows up her friends are going to change. It's not a bad thing. It's just that as we get older our interests change, we find new things we're good at, our schedules change, etc. Sometimes in the process we drift away from people we were good friends with and find new people interesting. It isn't wrong or bad, it's just the way life works out sometimes. Sometimes it might feel sucky and sometimes you don't even notice the change, and when you finally do, it doesn't bother you.
Anyhow, a girl I knew existed but didn't really know was invited to the party. I had no idea that she and The Girl were friends until her name turned up on the guest list. Turns out this girl is a really nice girl, we share the same birthday and I hope to see her around again.
Here's the sweet note - The new girl and and a friend The Girl met last year were in the kitchen finishing breakfast. The Girl and two of her other friends were in the bedroom. The new girl said to the other girl "I didn't know I liked you until now. I mean I didn't hate you or anything. I just thought you were kind of bossy. It's funny how that changes when you just talk to someone."
When the dad came and picked her up I told him. I told him it was really sweet and it set a good tone for the day. He looked at me totally unsurprised and said "That's our xxxx. She tells it like it is."
Brought to you by Andrea