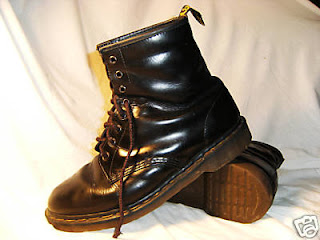 I had such an entertaining ride home yesterday. It was, however, proof that one's mood definitely plays a part in whether or not something so annoying is entertaining.  Had my day gone differently, I may have had a different take on the situation. I actually had kind of a grumpy day. Nothing was really bad about yesterday, it just wasn't the best day ever.

I got to Embarcadero Station yesterday afternoon at my usual time. The station was a little bit more crowded than usual. I was a bit annoyed that they were running 3 J-trains in a row, then a few 2-car Ns, then 1 single car L, followed by a few more Ns. I didn't touch the single-car L. Too much. I waited for the next 2-car L.

A 2-car L came about 5 minutes later. I admit I was a bit of a jerk-face as I threw elbows with the best of 'em to get a seat. There was no way I was going to stand from EMB to all the way past Sunset Blvd; I had some very important crocheting to do.

The train was shoulder-to-shoulder with people. This kid gets on. He was Asian and looked somewhere between 15 and 20 years old. He looked pretty normal; jeans, long sleeve button-up shirt, back pack, ear buds. To look at him there was nothing remarkable or of note about him. I wouldn't have even noticed him except for what happened next.

This kid starts dancing at the music, like "raising the roof" style and starts rapping. He's not any good. He's just singing along to his music. What struck me as funny was how into it he was, how much dancing he was doing (and his dancing was about as good as his rapping) and how crowded the train was. Everyone kept trying to get away from him because he seemed really put out every time he hit someone with one of his dancing arms. Then, just as soon as he started, he stopped, pulled out a super old ipod, turned the dial a bit, put the ipod back in his pocket and started the whole routine over again. He was as into it as he was awful, except he seemed to think he was really really talented. He did this from EMB to West Portal. People around him were staring, some pointing, most of them suppressing their laughter.

At West Portal he either gets off the train or moves to the back. In any case, I don't see or hear from him the rest of the ride.

As soon as we exit the station I hear this woman on her phone.
"Hi it's Janet. . . . Do you know my cousin Sylvia's best friend's husband Bob? ... Sure you do. (then she goes on to explain how the person on the other end of the phone should know Bob) ... Well, you know he's had a pacemaker for the last 10 years. . . Oh you didn't? Well, he did, and get this. He never needed it."
She goes on to explain that he went to the doctor for a check up, the doctor noticed his pacemaker wasn't doing its job, then after a series of tests they realized that he never needed one in the first place.
Then Janet tells the person on the other end of the line that we are going to go into a tunnel (which is a big fat lie because there are no tunnels once the L leaves West Portal) and the call was going to cut off. She hangs up.

A few seconds later --
"Hi it's Janet. . . . Do you know my cousin Sylvia's best friend's husband Bob? ... Sure you do."
She goes on to explain the pacemaker story, adding more detail than the last time she told the story. Complaining about the price of Coumadin and about how doctors only want your money, they'll do anything for a buck,etc. Then she tells the person on the line that her stop is the next stop and she has to hang up.

"Hi it's Janet. . . . Do you know my cousin Sylvia's best friend's husband Bob? ... Sure you do."
Again she tells the pacemaker story adding even more detail and embellishment than before, still complaining about those crooked doctors who are just out to get you because all they want is your money and none of them care about making people well.

At this point people are starting to turn around to see who is gossiping about Sylvia's best friend's husband Bob's medical problems.

There are two men sitting in front of me. One of them is bent over, his head is in his hands and he's shaking with silent laughter. The man sitting next to him keeps turning around and giving the lady "shut-up, lady" looks. He picks up his man-bag with a big Harrumph! and moves to another seat, out of earshot, I'm guessing.

I'm sitting right in front of her. I'm dying to know what this woman looks like. Instead of turning around I start craning my neck trying to find her in some reflection. No dice. I have to turn around. I do. She looks about 60, and sort of like Witch Hazel from Looney Toons except more modern. Her curly hair is dyed black and she has 2" super gray roots. She's wearing some well-loved 10-hole docs, weather beaten leather jacket and self-cropped and hemmed jeans; all with a "I slept in this last night" look.

Janet tells the woman her stop is coming up and she has to go. At this point I start, very audibly I might add, laughing uncontrollably, hoping, just hoping she'd call someone else and retell the story, with full orchestration and five part harmony and stuff like that, but alas, this time she's telling the truth. She hangs up. Gets off the train.

I watch her after she gets off the train. She walks over to an apartment building, leans against the garage, pulls out her phone and dials again . . . "Hi it's Janet. . . . Do you know my cousin Sylvia's best friend's husband Bob? ... Sure you do."

From West Portal Station to 35th avenue we heard about Janet's cousin Sylvia's best friend's husband Bob and his pacemaker.

I get off the train a few stops later feeling refreshed. From Bad Dancing and Rapping to Comedic Gossip, my day was washed away with a giggle.
Brought to you by Andrea