Tomorrow's the Big Day! One more day and I'm old.

Do you share your birthday with anyone?
I do, and I have to say I am in good company. 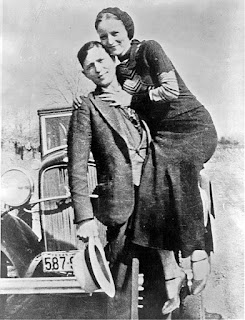 Bonnie Parker, you American Outlaw, you. She'd be 99 tomorrow if she were alive. 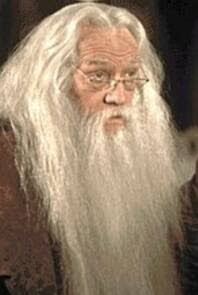 The first Dumbledore would be cutting the cake if he weren't dead. 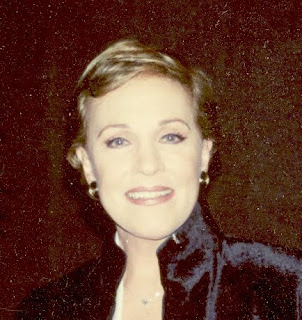 The Lovely Julie Andrews shares a birthday with me.

Many other people share the same big day as me. From baseball we have Rod Carew and Mark McGuire.
From TV we have Tom Bosley and Christopher Titus. I once stood behind Tom Bosley at WFM. He was buying some roma tomatoes and a loaf of crusty bread.

Oh, also, let's celebrate the right to self determination by recognizing the national independence days of Tuvalu, Nigeria and the Republic of Cypress.

I betcha you didn't know that according to wikipedia, October 1 is World Vegetarian Day. A very happy day to you, vegetarians.


Now, believe it or not there are a few people that I actually know that share a bday with me. I don't know how old they are.

There's Ms. HM. I used to work with her at a bakery called Mary's that no longer exists. HM was, I think, about 16. She lived in the east bay and would take BART in every day. She was a really nice gal. I think she's still living in the east bay. 13 years later, she's got a few kids and from her FB profile looks really happy. Mary's is now a pizza place that is super yummy called Pizzetta 211. Mary's was a great bakery with the best coffee. I lived across the street from it when it was owned by a woman named Mary. She sold it to a woman named Natasha and she and her boyfriend Corey ran it. After that a woman named Karen bought it and eventually closed it. A sad era for that neighborhood, but luckily it looks like the folks who turned the space into pizzetta 211 put the light back into it that that space deserves. Good thing because before it was the pizza place it was a failed bakery, then before that it was Mary's - the Karen years, then it was Mary's the Natasha year, then Mary's the Mary era, then it was a barber shop, but it started as a church that worshipped light.

There's Ms. KG. KG is my hula sister. She has long beautiful hair. When all her gray grows in she'll have the kind of gray hair that all women envy. She's also a very beautiful hula dancer.


Finally there's Ms. SM. SM lives on an island far far away with her baby and her soon-to-be hubby. I don't know why but when we first met each other there was some bad bad vibes going on and passed back and forth between us. We let it fester and our half-hearted attempts to fix it were never successful. I always felt bad and wrong about it, even when it was happening. I found her blog one day and read it from start to finish (OK, I skimmed over some, but it's a really really long blog. she's been doing it a long time.) Reading it I started seeing what kind of person she was / is, and what a beautiful person she was / is on the inside. If I had the chance to do it over I wouldn't have let the negative atmosphere of my workplace get the better of me and I would have been nicer. She probably would have responded in kind.

Hope all of you have a great day tomorrow!
Brought to you by Andrea